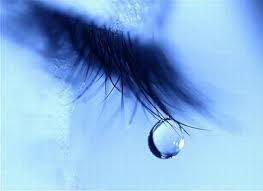 Role of women in this modern world and India especially is a real paradox. On one hand she has reached unattained heights of success in terms of profession, entrepreneurship, social status and education, while on the other she has become a vulnerable target of violence from the society including her own family members.

The modern Indian women have honed their skills and jumped into a battlefield of life fighting against social restrictions, emotional ties, religious boundaries and cultural clutches.

She can now be seen working on par with men in every field be it media, information technology, medicine, astronomy, aeronautics, and what not. Just name them and you would find her working as part of a team or heading a team as do the many celebrity CEO?s of popular companies and heads of business firms.

As women are gaining momentum to join the mainstream men their troubles too are growing exponentially. Many complicated and totally unpredictable facets of impediments face her in every juncture of modern Indian women.

The New Dimensions of Problems

The other day I was watching a movie based on female harassment.

No! Not the kind you see in newspapers every day. It is an unknown harassment, not known to the girl or anyone around her. It is not because of someone?s carelessness or irresponsibility towards their child.

Well, let me not get you wonder too much.

The movie is based on satiating the sexual voyeurism of rich men grown out of their age to be capable of harassing girls on their own. It illustrated how young girls fall prey to men who make a kind of ?show? which is exclusively shown live for rich old men. Girls are abducted and drugged; they are then used for all kinds of unimaginable sexual treatments that are watched live.

I was totally disturbed, for almost two weeks at a stretch, just wondering whose mistake this could be?

The society has no role in this, the girls are quite the normal ones you would see next door, and hence, it is not her fault that she is a prey to abduction. The abduction takes place from schools, roadsides, and even bus stations where you would send your daughter regularly. So, not the mistake of parents of course, hence no cries about irresponsibility…

Then, whose mistake is it, how are we to safe guard our children from the voyeurs who are over obsessed with sexual desires and just take anything for granted.

This cannot be neglected as a movie or just an imagination of a person, this shows another side of humanity, another facet of dangers that are waiting to kill the aspirations of young women?s? growth.

The reality that many of us do not want to have even a glance, a reality that everyone knows can happen but does not want it to happen it to their child.

Girl child – Is She Safe

Children are vulnerable to so many sexual harassments that it feels as though there is a vulture waiting outside to peck at her the moment she steps out.

Was this the condition when we were young, or are we not as good parents as our parents were?

Well, the right answer to this would be that, though we are good parents, our parents did not have to battle with the technological development that we are facing today; there was a sort of social responsibility among individuals comprising a society, then.

When I used to play with my friends near my house there was at least one aunt or a grandma looking over us. Today with more and more nuclear families in apartments, seldom do our children have company to play and even if they have they have no one to look after.

If they do not find company they naturally sought out to the television and later computer that opens too wide a world to them giving inputs bigger than what is necessary for their age.

When we were young there were no camera mobiles capable of shooting anyone without their knowledge. We could go anywhere with confidence.

What do we do to keep our children safe? How are we going to ensure that she would take careful steps towards establishing equality with men in the right sense?

Would teaching her the right touch and the wrong touch at a younger age be enough?

Would asking her to maintain a smaller and well known circle of friends be enough?

Would letting her use the internet in the drawing room be enough?

Would speaking to her like a friend sharing every news and following all her deeds be enough?

Would giving her freedom to bring her friend?s home and spend time within our safe nests be enough?

Would asking her to have an open mind before choosing her guy be enough?

Would asking her to choose safe hours to work be enough?

Read This Before Changing Your Facebook Profile Picture To Tricolour ? You Would Change Your Mind Instead

How to Improve Your Childs Writing Speed

8 Best Paying Work at Home Jobs You Should Check Out...

Read This Before Changing Your Facebook Profile Picture To Tricolour ?...