Raising Children in Multilingual Environment – Good or Bad for Your Child 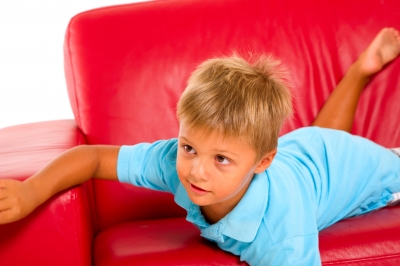 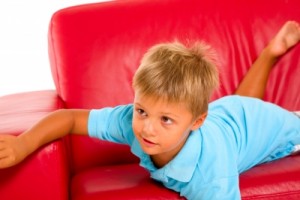 If you thought multilingualism would be taxing your child, you need not worry too much, because scientific research proves exactly the opposite.

The perception and intellectual ability of your child in act would become more flexible if you were to let him/her grow as a multilingual person.

It is recently proved that until the child reaches the age of three years of age, languages (one or many) are stored in only single region of his brain, thus letting the brain function more efficiently.

The imitating principle which is the base for the language development in children functions well since it is stored and processed in a single area, thereby making them learn more than one language better and in depth.

The recent child researches are being aimed at ?double first languages? rather than learning more than one language.

To have another language is to possess a second soul.

However if you want your child to be a strongly multilingual person you need to follow certain rules too.

If suppose you are bilingual like me and my friends who hail from the South and have settled in the North, it is very important to speak your language constantly at home. The other language would itself be taught by your neighbors, acquaintances, friends, school and so on.

Suppose the family itself is bilingual like mother being a Malayali and father Punjabi (like my best friend) it is important for each parent to converse with the child only in his/her language. This way it would register in the child?s brain better.

Remember the child?s first four to five years are the golden period for him/her to get the hang of your language.

In India it is very common for people to consider English as the language of Elite and every other Indian language inferior to it.

Well, as a parent you are in fact not helping your child but shrinking his thought process. This is mainly because when a child thinks in a language that is closer to his origin he is able to perceive better and convert it effectively, mainly because of the vast vocabulary he picks up from his surrounding and his family.

However when you make him think in a foreign language, you must either enrich your vocabulary so much so as to be ready to consciously give synonyms everytime you speak to him or you must be living in US or UK or any other country where English is a native language.

Teaching Single Language and Then Moving to Next

This is a very big mistake and would become counterproductive. After the child becomes confident in a language, getting him to learn a second language would need a lot of effort, better interaction skills and most importantly ?motivation, to learn another language.

When you find it easy to converse with one language with your child you naturally tend to stick to it, finally your child might end up becoming monolingual.

Advantages of Multilingualism in Children

There are a number of advantages when children grow in a multilingual atmosphere, such as

Although there is no proven experimental evidence some parents do report that multilingual children take a little longer to begin talking. This seems to be reported in very low numbers and has been seen as a difficulty for the child to learn more number of words than monolingual children.

If you are raising your child in a multilingual environment it takes a little extra effort on your side especially when it comes to patience and consistent. Sometimes it does require changing your family routine conversations and following language rules which might be taxing for you, however it is for the good of your child and hence has to be followed with commitment.

As against the general belief, it does imply that multilingualism is good for the overall development and improvement in self confidence in children.