HomeFitnessPaleo Diet - Myths and Truths You Should Know
Fitness 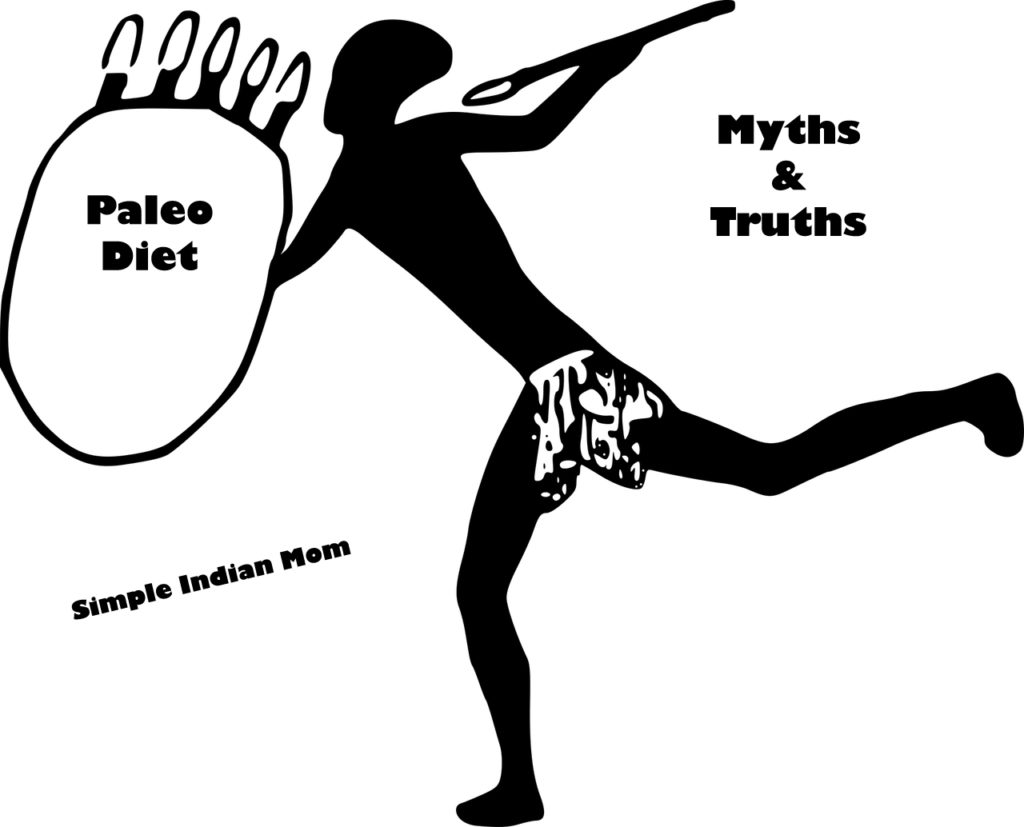 Paleo Diet! Some say – The Caveman diet is back and with a new name!

For some, however, it is a blessing in disguise!

The main principle of paleo diet is that optimal well-being can be achieved only by following the diet of our “ancestors”.

In Paleolithic age (some 50,000 years ago), men ate roots, nuts, fruits, vegetables, and meat depending on their availability.

They did not access to refined sugars and grains that were only found during the Neolithic age.

The diet the cavemen followed gave them the healthy physique that allowed them to survive through the toughest conditions.

Hence, followers of Paleo diet believe that the human body will be able to “normalize” itself by following the Paleo diet.

Do’s and Don’ts of Paleo Diet

Food that should not be included in the diet are

The Pros and Cons of Paleo Diet

By adopting the Paleo Diet, many people have found improvement in their chronic diseases. It is far better than the processed, junk diet of the 21st century. Here are some of the pros and cons of the diet:

–          Eliminates use of refined carbohydrates

–          Even in the selection of meat, there is care taken to select only pasture-fed animals

–          Weight loss is common and improvements in chronic diseases are seen

–          Whole grains and legumes that are important sources of fibre are eliminated. These are eco-friendly and have lot of nutrients

Is There a Flaw in Paleo Diet?

Paleo Diet is followed on the assumptions that the Paleolithic hunters were healthy and only when they shifted to agriculture in the Neolithic age, they became sick and short.

But there is also evidence that they were the ones more subjected to infectious diseases.  Many people argue over the authenticity of Paleo diet in today’s world stating that the

–          Modern vegetables and fruits that we eat today is not the same as the ones the ancestors ate.

–          Our ancestors lived in diverse environments eating diverse foods. And there is also evidence that based on the region they lived, their diet differed. While people in tropics ate more fruits and vegetables, people in colder regions relied on animal based food.

–          While the proponents of Paleo diet believe that grain were not included in our ancestors’ diet, discoveries have suggested otherwise.

–          Paleo diet also recommends intake of certain food as they contain anti-nutrients. But it has been found that by cooking those substances, the anti-nutrients like Lectins and protease inhibitors do good rather than harm.

They help in inhibiting the tumour growth, are anti-inflammatory and anti-carcinogenic.

The phytic acid that is supposed to be harmful to the body when taken in excess is also actually beneficial when taken in reasonable amounts.

There are many such arguments going on with the Paleo diet.

How Can Diet Modifications be Done?

But a nutritional plan should consider both the advice found in Paleo and nutrition not found in a Paleo diet.

–          Get the focus off on consuming more protein. Rather consume the required amount of protein while taking good amounts of healthy fats found in avocados, nuts, eggs, olive oil and butter.

–          Full fat dairy products like cheese, milk and yoghurt have a lot of healthy components not found in other dietary foods.

–          While seafood is recommended in Paleo diet, take it with caution. Nowadays, sea foods are contaminated. Better to choose Salmon, Anchovies or Sardines.

–          Fermented Food should be included in the diet as it is good for the balance of flora in the gut.

By making small modifications in the Paleo diet, one can transition to a healthy dietary habit and live a healthy life.