Why You Should Eat Organic Food – A Doctors Top 4 Reasons 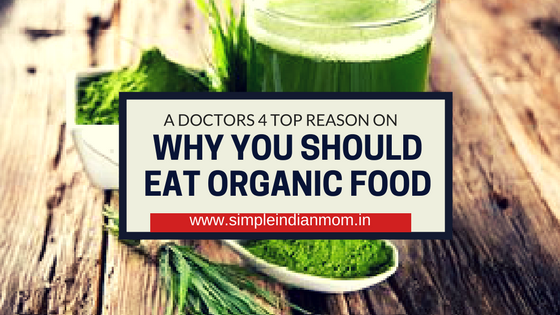 The sudden increase in awareness about health and organic food has made many people wonder why you should eat organic food ? Here are the top 4 answers for your question.

What is Organic Food: ® Food grown without the usage of chemical fertilizers and chemical pesticides.

Organic farming was practiced in India since thousands of years. Great Indian civilization thrived on organic food and was one of the most prosperous countries in the world, till the British ruled it.

During 1950’s and 1960’s the ever increasing population of India and several natural calamities lead to a severe food scarcity in India. As a result, the government was forced to import food grains from foreign countries.

The green revolution became the government’s most important programme in 1960’s. Natural and organic fertilizers were replaced by chemical pesticides. As a result India had surplus food grains and became exporter of food grains.

As time went by, extensive dependence on chemical farming has shown its darker side, and that is when a sudden light flashed – and discussion on why you should eat organic food began sprouting all over the place.

The focus is more on quantity and outer quality (appearance) rather than intrinsic or nutritional quality.

Pesticides and other chemical residues in food and an overall quality of food have led to a marked increase in various diseases, mainly various forms of cancer and reduced body immunity.

Top 4 Reasons Why You Should Eat Organic Food

Experts from Newcastle University suggested that organic produce have as much as 60% more key antioxidants than conventionally grown produce.

According to British Journal of Education, organic products have significantly lower level of toxic metals.

Moringa (Drumstick):  ® Moringa is an important food source in some parts of the world, therefore it can be given cheaply and easily. Leaves retain lot of vitamins and minerals when dried moringa is used. Dried moringa is being used in India and Africa in feeding programs to fight malnutrition.

Importance Of Organic Food In Children 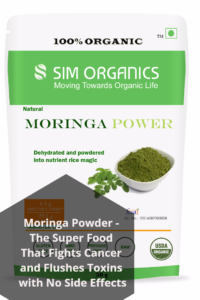 These can be added to water, smoothies, yoghurt, dals and many more.