The High-Protein Low-Carb Diets- Facts You Should Know 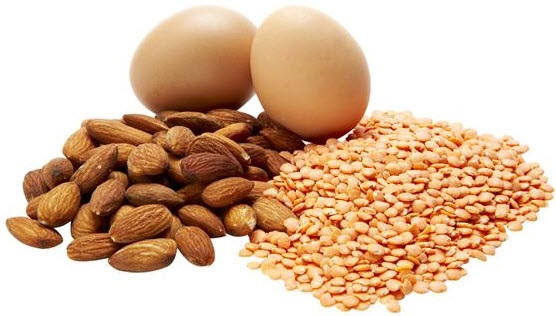 High Protein Low Carb Diets, if you were a weight watcher you sure would be one among the people who would either be following or planning to follow in the near future.

Eating fads change as easily as fashion trends. Every few days we come across a new diet that claims to change our life around! But these aren’t suitable for every individual.

Its common knowledge that one should consume balanced diet so as to maintain your Health, both physical and mental health. However the recent diet prescriptions that scrawl over the internet like mushroom each day are mostly confusing.

So these diets which advocate the increased or decreased intake of one food group over others seem so mystifying that one really cannot take a stand on whether to follow it or not. One such diet is the  high protein diet low carb; let’s discuss the advantages and disadvantages of such a diet for better understanding.

This diet promotes the increased intake of protein rich foods like meat, poultry, fish, eggs, cheese, pulses, milk and tofu over starch-rich carbohydrates like cereals, fruits, etc. The keto diet plans, the paleo diet plans and so on follow such approach in their diet plans.

How Effective Is High Protein Low Carb Diets For Weightloss

According to its advocates, by reducing carbohydrate intake, you also lower body insulin levels which lead to production of more glucagon, an increase in glucagon burns stored fat. If this is followed long enough, body fat melts away by itself. Around 120g of protein should be eaten for visible results.

Proteins increase production of hormones like PYY and GLP-1, these hormones are related to your feeling full and curbing hunger pangs. In addition, studies show that it helps reduce levels of ghrelin, also known as the “hunger hormone”

In a research conducted in 12 healthy adult women consuming high protein diet, the GLP -1 levels was seen to increase and hence they were feeling fuller quicker than the ones with high carb diet.

Due to these effects on appetite and fullness, a higher protein intake typically leads to a natural reduction in food intake.

Interestingly, another reason protein is so satisfying seems to be related to the significant increase in metabolic rate that occurs during its digestion.

This diet has been very controversial. Though people who followed it lost weight faster than other diets, long term health risks were more in them.

Mostly the reasons behind these are

According to health experts, it is preferable if you don?t! But if you must, the key is to follow the basic guidelines of a healthy balanced diet, wisely!

Even the food preparation method makes a difference.

Fruits and vegetables which are low in calories and sugars must be incorporated, such as citrus fruits.