Diwali the Festival Of Lights has always been special for me. When I was young it was the new dress, crackers, sweets and guests (yes! exactly in the same order) that used to excite me.

Now it is the Décor, Children’s happiness, Cooking and Guests that excite me.

I love decorating the house during Diwali, especially the diyas!

My mom had encouraged me always to do the Rangolis at home just like how Deepa had done with her children. They were doing the Rangoli and preparing sweets too.

I am excited and that stands unrevoked with aging.

Diwali wishes are always special, However one that made my day was from Mayuri. It made me smile and make you too.

Diwali A Festival Of Sounds or Light

They say Diwali started with people lighting up the way when Ram was returning to Ayodhya!  No mention about the crackers though. Now we have started doing that and more – Bursting crackers that really is causing a lot of trouble.

It was after a query in facebook groups that I started thinking, and felt really worried, are we harming our children?

Our children are exposed to too much sound that might cause a lot of harm to your ears.

Dr. Amrita clearly listed out the problems Crackers cause to ears, you would really be surprised with all the facts there and worried as I am now.

Sounds not only creates trouble to us but also disturbs neighbors. There may be toddlers or younger children in the neighborhood and aged people, the sounds that the crackers create might disturb them continuously.

Isnt that a lot of bad?

Are we teaching the right thing to our children?

Jaibala writes exactly how she felt this Diwali and how angry she became due to it as a mother of a toddler. You need to burst crackers, there is so much of light and a lot more fun for children but still your independence stop until you enter another person’s privacy and cracker sounds  seems to be entering everyone else’s privacy.

Not every person wants all the sounds there is to Diwali, I am one hermit like that, described rightly  Shinjini ! Though I love the festival not all can be thought to be the same.

Tina Basu has very nicely differentiated how Diwali the festival of light has become the festival of sound.  it was then I realised home how much the sound is affecting people around us.

Its high time we begin thinking about how much we are polluting the environment, with sound and smoke.

Delhi was listed in the danger list of most polluted cities just after Diwali. Its better late than never, heed to the Nature’s Call for action – Save nature

Seperation of Kamal Haasan and Gautami – 5 Questions to Ask...

7 Reasons Why You Need to Take Flax Seeds

How To Treat Fever Naturally – Tips and Home Remedies 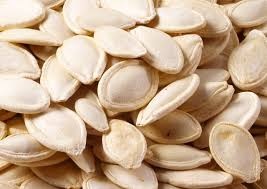 Hemoglobin and Children ? Facts and Tips You Must Know

Green Tea – Health Benefits, Side Effects and How Much To...

Some Other Masks to Try

Homemade No Poison Cocoa Toothpaste ? Easy Steps to DO IT...

Hemoglobin and Children ? Facts and Tips You Must Know