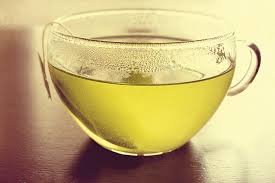 Though green tea has been used by the Chinese since centuries as traditional remedy for various ailments, it’s only recently that the rest of the world has joined the green tea craze race.

What Is Green Tea  and How Many Glasses Of Green Tea Should Your Drink In A Day ?

Green tea originates from the same plant as the black and oolong teas. The only difference being -Fresh leaves are steamed for green tea whereas leaves are fermented for the others. And the lesser processing and no fermentation have added more advantage to green tea. They have higher content of antioxidants.

This and the presence of lesser amount of caffeine make it one of the healthiest among all caffeinated beverages.

Green tea is from a perennial evergreen shrub Camellia sinensis. Green tea is a non-oxidized/non-fermented product that contains several polyphenolic components, also called catechins or tea polyphenols, including epigallocatechin gallate (EGCG), epicatechin gallate (ECG), epicatechin (EC), and epigallocatechin (EGC). EGCG is an antioxidant that slows down the aging process and has cancer-fighting properties.

Green tea is also rich in vitamin C, Vitamin A, B1, B12, iron, magnesium, calcium, and 450 organic substances. They do have caffeine of 30 – 45 mg in a cup of 230 ml green tea, but this caffeine content in green tea is made harmless by polyphenol epigallocatechin-3-gallate (EGCG). The amount of caffeine is also very less and making it one of the healthiest among all caffeinated beverages.

Weight watchers sure would not have missed the health benefits of green tea in weight reduction, however, green tea and its benefits do not stop at just weight loss, there is a lot more to it than what meets your eye.

Regular green tea is 99.9% water, provides 1 Calorie per 100 ml serving, contains phytochemicals, such as polyphenols and small amount of caffeine. (1)

Research studies have proved that green tea has the highest cancer-fighting ability. They attack the cancer cells selectively without causing any damage to healthy cells.  Anti Cancer property of green tea is useful for treating cancer and preventing cancer cell growth. The tea particularly reduces the risk of breast cancer, colo – rectal cancer, and prostate cancer.

Along with caffeine, it contains L-theanine, an amino acid that can cross the blood-brain barrier. Together they improve brain function and its activity.

The presence of L-theanine gives a sweet taste to tea and increases the serotonin level in brain cells. Green tea promotes good sleep and relaxes the brain and the body.

Green tea is a stress buster and boosts body immunity. Green tea was used by the Buddhist monks for physical refreshment, to aid in meditation and as an alcohol substitute way back in 500BC!

How Does A Tea Help In Brain health

Neurodegenerative diseases like Alzheimer’s and Parkinson’s lead to dementia and cause the death of dopamine-producing neurons. Green tea prevents dementia in old age and improves brain health.

Catechins in the tea have anti-inflammatory properties, and they avoid growth germ in teeth. They also prevent periodontal disease promoting the health of teeth and gums.

Well, having green tea is healthier than using toothpastes that are loaded with poisonous chemicals.

Catechins play a role in preventing fat absorption and increasing fat oxidation in the cell. Polyphenols in green tea reduce the chances of cardiovascular disease. Green tea is a heart-friendly beverage with remarkable other nutritional attributes.

(9 Fat Burning Food You Should Know)

Polyphenols, The EGCG, helps in providing a steady supply of glucose to the brain. This keeps the brain active and a feeling of content. This helps in overcoming depression.

How To Prevent fatty liver?

Fat deposition in the liver is typical in alcoholics. Green tea prevents this deposition, thus keeping a healthy liver, increased metabolism, and weight management. The antioxidant attribute of green tea help in the detoxifying organ and flushing out fat deposits from liver cells.

In a research made through placebo-controlled, randomized clinical trial of 80 participants (20–50 years) who had fatty liver for a period of 90 days, it was observed that the participants who had green tea regularly had significant reduction in fatty liver than the one who were not taking green tea.

How Does Green Tea Prevent Osteoporosis ?

Osteoporosis is a major health problem in the elderly, especially elderly women, who are 4 times more prone to osteoporosis than men.

( What are the most serious diseases that women are affected with)

The presence of Vitamin C, polyphenols, and flavonoids makes it the best immunity boosting drink one can have. The anti microbial property, anti inflammatory property and the antioxidant present in a cup of the brew makes the body resistant to infections.

Green tea increases body immunity to fight infections and the growth of cancer cells. You can take green tea as a home remedy for cold and related symptoms.

Can We Reduce Risk of Rheumatism Naturally

You can reduce risk of rheaumatis naturally by drinking green tea. Green tea blocks the production of inflammatory proteins, Chemokines, which are responsible for inflammation of joints, and reduces pain and inflammation related to rheumatic arthritis.

Due to the presence of flavonoids in green tea, platelet aggregation in blood vessels is reduced and thereby reducing the risk of Coronary Heart Disease.

Tea catechins, especially EGCG, appear to have antiobesity and antidiabetic effects  . It was recently studied that EGCG mimics insulin, increases tyrosine phosphorylation of the insulin receptor and the insulin receptor substrate, and reduces gene expression of the gluconeogenic enzyme phosphoenolpyruvate carboxykinase. This helps in regulating the glucose level in blood.

The flavonoid components of tea have been associated in with a decrease in the risk of cardiovascular disease. Flavonoids have also been shown to have antioxidant and vasodilator effects.

Home Remedy To Get Shiny Hair and Healthy Skin

Antioxidants present in green tea prevent damage caused by the sun. It also helps in

How To Use Green Tea For Hair

You can use the strained green tea liquid as a hair rinse. It promotes good hair growth, reduces hair fall and slows down graying of hair.

A regular intake 2-3 cups of green tea will surely go a long way in maintaining your health.

( How to stop hairfall and regrow fallen hair naturally )

Side Effects Of Green Tea

A normal adult can have 2 to 3 cups of green tea in a day. Always have the drink post meals. Here are some adverse effects of green tea overdose studied in animals – mainly rats

Harmful effects of tea overconsumption are due to three main factors:

(2) the presence of aluminum, and

(3) the effects of tea polyphenols on iron bioavailability.

Who Should Not Drink Green Tea