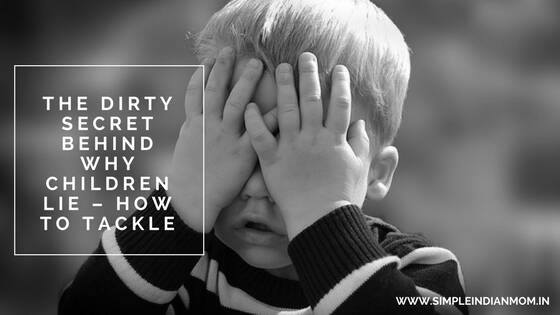 Children’s start lying by 3 years, when they understand that we cannot read their mind. It’s surprising to hear your child lie for the first time, as it’s a part of child’s development. As they grow older they lie more. Kids learn to lie from family as well as outside world and also media contributes a lot.

Children when they are young are immature and often lie to grab attention. I am sure everyone lies, but think of the lies you told when you were a kids yourself? The reason can be that telling lie was easier than telling the truth. Yes, this is the reason why we all lie, or we were scared of our parent’s reaction to the truth. It is necessary for the parents to teach that honestly paves way, by telling those stories to them, and that telling lies hurts the feeling and emotion of a person. Children tend to learn white lies also from the family. White lies are basically the lies which do not hurt anyone, like saying that the dish made for dinner was delicious but actually was not.

Most of the parents forget to teach the children about trust. When the child trusts their parents then lying is out of question. We parents once know that our child is lying, we stop trust them. We might even label them liar, which is not good. By labeling them liar, they tend to lie more and be dishonest. Parents should try to understand the reason why the child lies. Parents should not encourage the child to lie, when the child starts lying, we should prevent it and encourage them to tell the truth and reward handsomely for telling so.