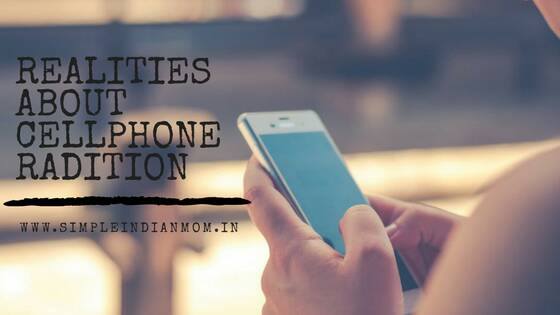 We all are aware of how the cell phone has become an integral part of our day to-day lives. There is sometimes, more number of cell phones in a house than the family members themselves. Affording cell phones is easier today and parents voluntarily provide their children with one. Parents feel safe with the fact that they can contact their children anytime and the children can call them or the police in times of distress. However, these cell phones are not used just for that, it is used to play games, browse the net, chat with friends and for various other things. We take our phones to bed and it lies mostly under our pillow as we depend on its alarm to wake us up. We charge our phones and continue speaking so as not to lose the interesting conversation, we watch videos or read on the phone until we sleep with it in our hands. Guess what? Children or your teenagers do the same.

According to a study, it is noted that a child’s brain absorbs 10 times more radiation than that of adults. Even a 2 minute call leaves an hour of brain hyperactivity in children. Cell phones emit electromagnetic fields 24/7 and radiation from a one hour call is sufficient to damage the DNA in most of the cells. This mutated DNA can be the cause of cancer. The radiation affects small children and toddlers the most as their skull is very thin. Even unborn children are affected when the mother is using cell phones. Children watching rhymes or other educational activities over the phone are exposed the entire time. EMR from cell phones causes headaches, memory loss, sleep disorder, lack of concentration and epilepsy in children.

While there are conflicting reports on brain tumours and cell phones, it has been established that certain type of brain tumours tend to trigger the growth rate. Glioblastoma and brain cancer incidence in connection to cell phones have been reported in countries like Australia, United States and Denmark. Studies find that this exposure to radiation and the consequential brain tumour is 3 decades. So, the exposure in children now will show after these many years. Also, children are five times more likely to develop acoustic neuroma, though benign it can lead to hearing loss if not identified and removed. Any wireless devices like tablets and some gaming devices have the same effects as the cell phones. There is still no safe way to use a cell phone, therefore until established it is required follow “safe phone” etiquette.

WHAT IS “SAFE PHONE” ETIQUETTE?