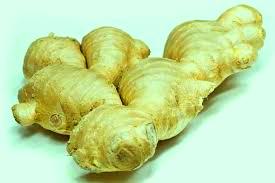 Ginger the herb that is used as spice in our country and world over is considered as a wonder drug in naturopathy and Ayurveda mainly for its many therapeutic qualities. You can use ginger as fresh, dried, powdered or even as essential oil. Belonging to Zingiberacea family like cardamom, turmeric and so on, ginger has many positive effects on your health.

Here are some benefits of ginger that would make you want to have it in your daily diet.

Ginger is found to have properties of reducing nausea while in motion and also nauseating sensation that follows surgery or seasickness and so on. Off late ginger is used to treat nausea caused due to chemotherapy.

Chew off a bit of fresh ginger while you feel nausea for immediate results.

Ginger has carminative properties which help in expulsion of gas from the digestive system and hence bloating due to excess gas production in your tummy can be reduced with ginger and you would be relieved of flatulence and heart burn.

Ginger contains some of the most potent anti-inflammatory fighting substances known and is a natural powerful painkiller.

There is evidence that ginger can reduce symptoms that are caused due to menstrual pain.

You can take one tsp of ginger extract four times a day from one or two days before menstrual period, this will reduce the pain symptoms.

You can take ginger extract in the form of tea or plain ginger extract daily. One tsp in the morning and one in the evening is good for reducing prolonged pain.

There is a general fear to people with a family history of diabetes can take ginger regularly to avoid diabetes.

You can take ginger on a daily basis as juice mixed with honey or as small pieces in your food.

Ginger has the property of helping in production of digestive juices thereby better digestion. Thus you would get rid of low appetite problem.

You can chew off a small piece of fresh ginger half an hour before your meal.

It also helps in breaking down of proteins too.

Add a few pieces of ginger in your food.

You can put a small piece of ginger in a warm glass of water and let it for some time, and then you can have the water.

Boil a piece of ginger in a glass of water and simmer it till it becomes half a glass, then cool this water and drink.

Ginger has the capacity to inhibit prostaglandin synthesis which acts as the main pain inducer in migraine, hence ginger helps in relieving this pain and also inflammation in the blood vessels too. Thus head ache from migraine is reduced to a great extent.

Make a paste of ginger and apply it on your forehead to be relieved of migraine headache.

Ginger powder either in the powder form or mixed in water can be taken in the morning and evening.

Ginger extract combined with a tsp of honey is recommended for common respiratory problems.

Ginger helps in improving your immunity system with time. It helps in keeping your body at a constant temperature and also inhibiting fat deposition along the walls of arteries. This way you are out of risk zone of diseases related to heart or diabetes.

Make a concoction of ginger by shredding it and boiling it in water. When the amount of water reduces by half cool it and store in refrigerator.

You can have one spoon full in the morning and evening.

Ginger contains good amounts of chromium, magnesium and zinc, these micro nutrients help in maintaining a normal flow of blood in your blood vessels. This maintains the temperature of your body so that excess chills, fever or even excessive sweats are prevented.

Ginger has a positive effect on your hair growth especially when there is hair fall due to some disease and health problem.

Add ginger essential oil with sesame oil and massage once in two days for 3 months continuously for best results.

For people who have serious cellulite problems, ginger is a real wonder drug.

Make a scrub out of it and use regularly. 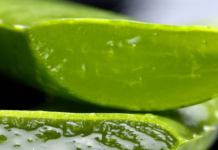 Essential Equipment and Tools You Require to Grow Your Own Organic...

Happiness is Within You Not Outside 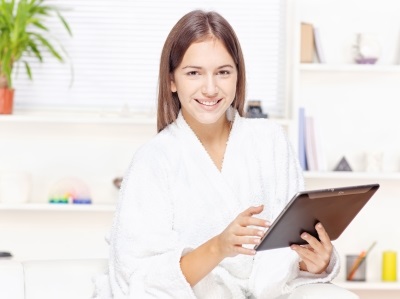