Third trimester is very crucial because your child would now have attained a stage where he or she can be considered a fully grown baby. Hence you have to be careful in your diet, daily routine as well as your regular checkups. With good observation it will be easy to detect any complications and cure it sooner.

Some of the common problems that you might come across during the third trimester are listed below.

There is too much knowledge on the internet nowadays and here too we have tried to give a detailed report of what complications can occur during your third trimester. However you do not have to panic, just be cautious.

Buy PREGNANCY:What The Indian Woman Always Wanted To Know But Was Afraid To Ask (English) from Flipkart.com

A number of hormonal changes occur in your body during pregnancy, although most of the effect of these changes is beneficial for you, some hormones do bring about unfavourable results. One such change is the difficulty in using insulin in your body. This leads to increase in sugar level.

Most women however do not have any symptoms of such high sugar levels and is left unchecked. Although this condition is not too dangerous for the mother, high blood sugar is not good for the child.

It may lead to excessive growth (macrosomia) of fetus which in turn might make normal delivery difficult.

Make sure to take glucose test as and when prescribed by your physician.

Well, the good news is that gestational diabetes generally resolves itself after delivery, with just a precaution to make required lifestyle changes so that you do not get diabetes later.

Always make sure to control weight after delivery.

High BP, rapid swelling of hands and face and protein in urine are the characteristic indications of this condition. Other symptoms such as headaches, floaters in vision or loss of vision, stomach pain may also be seen.

Observed in 10 to 15 percent of pregnancies this condition is most prevalent in first pregnancies and very rare in second or third pregnancies. Early symptoms of preeclampsia can occur during the last phase of second trimester; however pronounced symptoms are encountered in third trimester.

It can lead to seizures, renal failure and rarely death of mother and foetus.

If baby?s lungs are mature, preterm labour is advised in these cases.

This is a life threatening condition and is caused by an abnormality in the placement of placenta over the cervical opening. Although the exact reason behind this condition is not known, it is most often seen in women who had had a caesarean delivery earlier.

Profuse bright red vaginal bleeding without pain after 28th week of pregnancy is a common symptom of this condition.

Immediate caesarean delivery of the fetus and blood transfusion are resorted to when confronted with such a condition.

This is again a rare event and occurs in less than 1% of births. In this condition the placenta separates from the uterus before labour which is very dangerous to the mother and fetus.

High blood pressure, diabetes, prior pregnancies, too much intake of alcohol, smoking and multiple pregnancies are considered to be predisposing factors of this condition.

Rapid delivery may be advice in such a condition if the fetus is found to be stable.

If the labour pain starts before 37th week, then the condition is known as preterm labour.

Preterm labour has quite subtle symptoms and sometimes can be confused with false labour pain; however you have to be cautious f there is any previous preterm births.

Symptoms include vaginal pressure, pain on the lower back, frequent urge to urinate or unusual vaginal discharge.

Sometimes too much blood pressure, diabetes, severe malnutrition, anaemia or some chronic renal disease in mother may result in asymmetrical growth of baby, especially body growth.

Amniocentesis or a check for chromosomal problems would give the right results if any such suspicion occurs.

10% of pregnant women deliver after 38 to 42 weeks of gestation and it is considered as post term pregnancy.

Most post pregnancies however owe to confusion in the last period date. However if the calculation is right and still the delivery is taking longer than 42 weeks then quick action has to be taken so as to deliver a healthy child.

Also known as Malpresentation, in which, baby?s body lies sideways instead of head first as in normal delivery.

In breech presentation, baby will be feet first.

In such cases, external cephalic version is done to turn the baby to head first position.

If that fails, C-section is advised.

All the above conditions are some complications that are observed in the third trimester. Be cautious and take care of your baby and yourself with utmost care.

A Peep Into The Weekly Report of Your Second month of Pregnancy ? What to do not what not to do

Books that would be of help 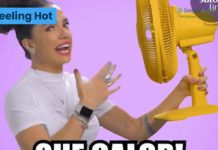 How to Do Lakshmi Pooja This Diwali

4 Surprising Sources of Calcium You Had Missed

The Blue Whale Suicide I An Open Letter To Indian Parents...

How To Use Menstrual Cups – Pros and Cons 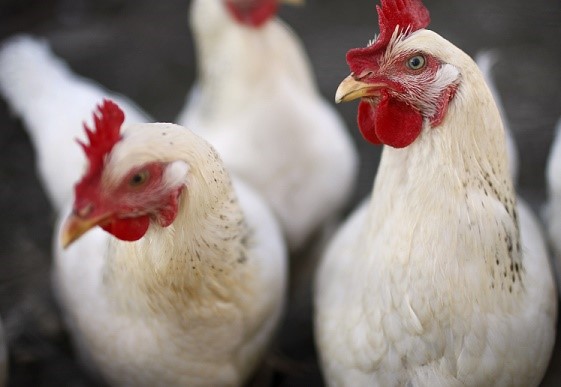 WHO Warns World to Reduce Antibiotics in Livestock

The Impact of ADHD and How to Cope

4 Things You Need To Do To Lose Weight Post Pregnancy...