Autism is off late looked upon globally more seriously since 1 in every 160 children are affected by autism. It affects the social behavior of the child and also impinges on the communication skills as well as interacting efficiency of the child.

However till late it was difficult to screen out autism and diagnose it correctly till the child reaches 2 years of age.

A recent research however has come out with better and easier tools to diagnose autism, and that too with the child?s sniffing pattern.

Yes! Now you can differentiate between and screen out autism from the sniffing habits of children when they are quite young suggest researchers from Israel.

It is common knowledge that people spend different times while inhaling different odors, such as longer inhalation for pleasant aroma and lesser for unpleasant smell and stench.

In a result published in the journal Current Biology, which showed the study conducted among 36 children found that there was no such different sniffing pattern seen in autistic children.

This has been viewed positively by the National Autistic Society, which now opines that smell could be used as an additional tool to screen autism in young children.

The trial done in Weizmann Institute of Science was a very short interval test of just 10 minutes.

Going a step further the researchers found that children with severe autism symptoms in fact inhaled unpleasant smell for a longer duration.

This test in fact is very easy to perform and does not take long, thus it makes it easy to be carried out of younger children so as to screen out autism at an early stage itself. Also if autism is diagnosed at an early stage it will easy to treat the child too.

Thus if this test does get confirmed fully by later experiments an additional tool for diagnosing autism at an early stage can be developed easily.

Problems while Children are Growing up

How to Stay Safe from Zika Virus

3 Common Parenting Mistake Every Parent Does 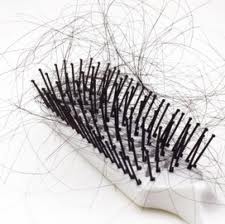 Homemade No Poison Cocoa Toothpaste ? Easy Steps to DO IT...

6 Common Problems in Breastfeeding Every New Mom Should Know